A box of climbing gear with the name Frank Applegate was dropped off at the AZ Hiking Shack which for the next few months, Shack owner Dale Stewart let me salivate of what was in the box. One set of crampons dated back to the 1940s, other gear was mostly 1960s, a full set of non marked Holubar pitons (1950s), Gerry 1950s angles, and ten beautiful aluminum pitons in three different styles which have no manufacturer markings but I was quite interested in them. Eventually the Applegate historic schwag was donated to the Karabin Museum October 2021. Thanks AZ Hiking Shack!!

​Two nuts in the donated lot have "AMC" stamped onto the nuts, "Arizona Mountaineering Club" which started in 1964. To my surprise I noticed in the 1950 Holubar catalog that these 3 aluminum pitons are shown. Named Swiss Aluminum Alloy pitons. I wish a manufacturers name was mentioned but it is not. Also shown is a longer version that can be used as well for ice climbing.

I would question the date on these aluminum pitons possibly not being the 1950 Swiss items, but what confirms it for me 99% is that they came with a bunch of Holubar piton unfinished products from the 1940s/1950s era. 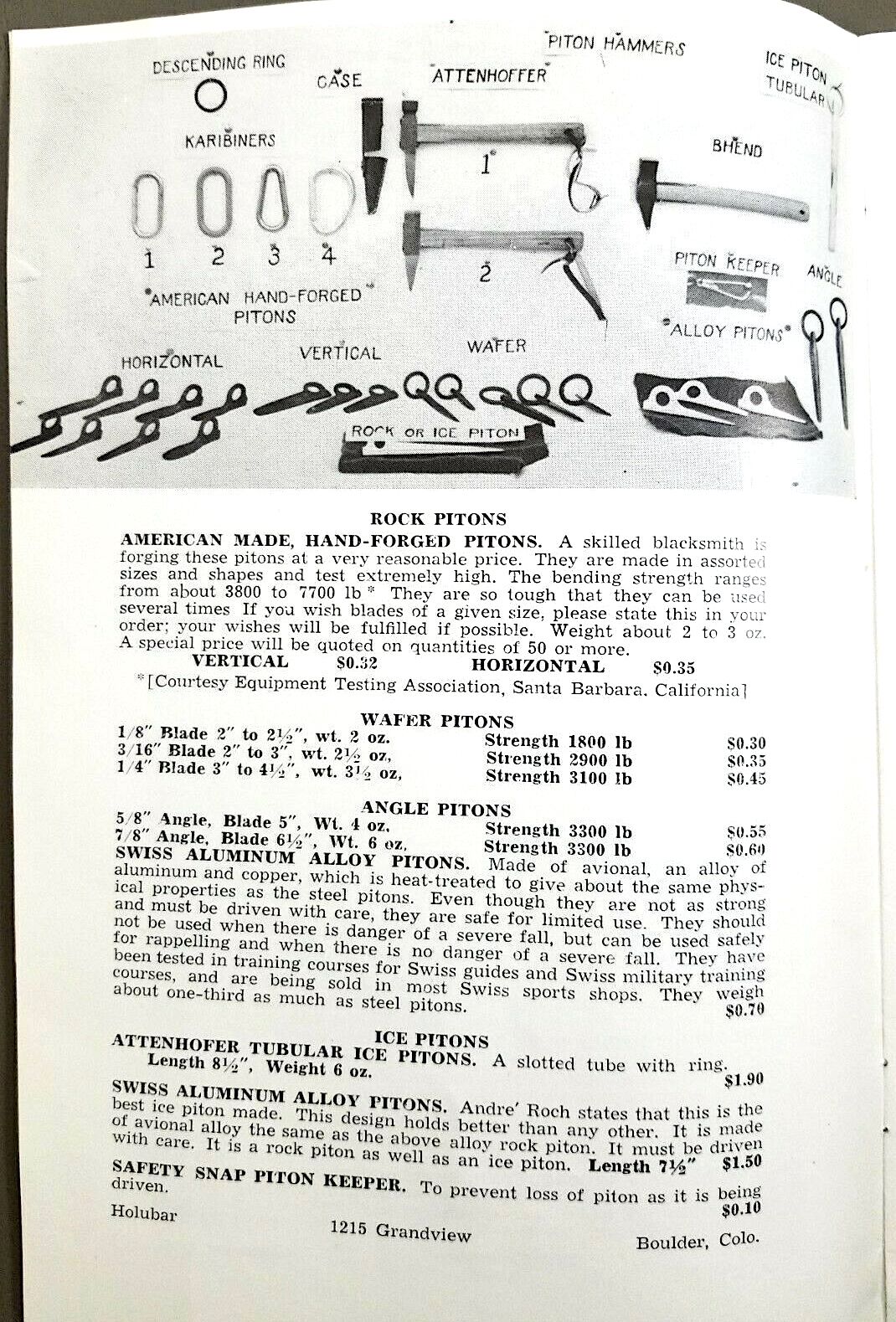 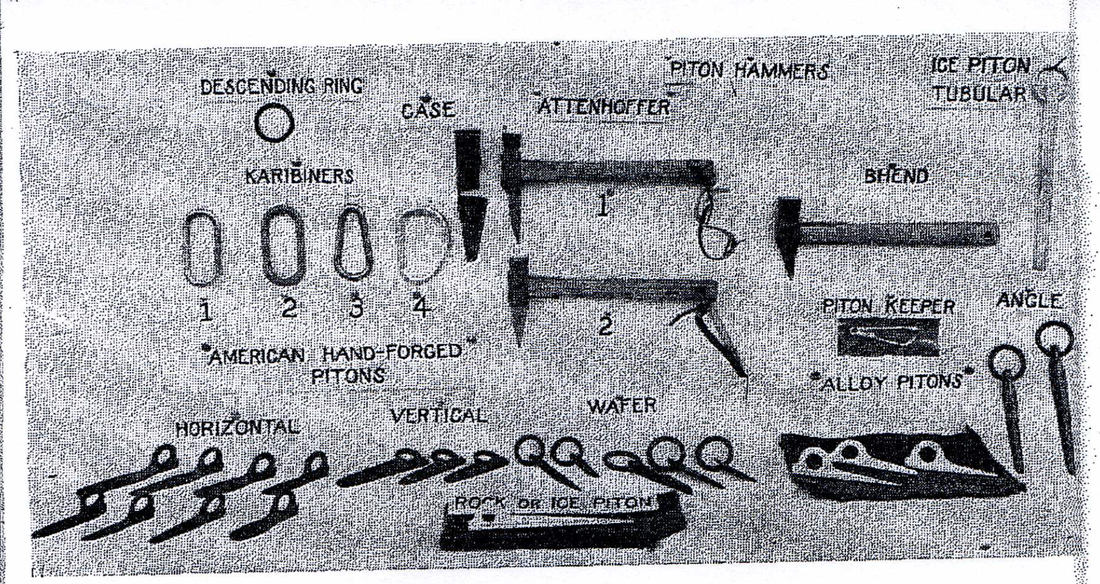 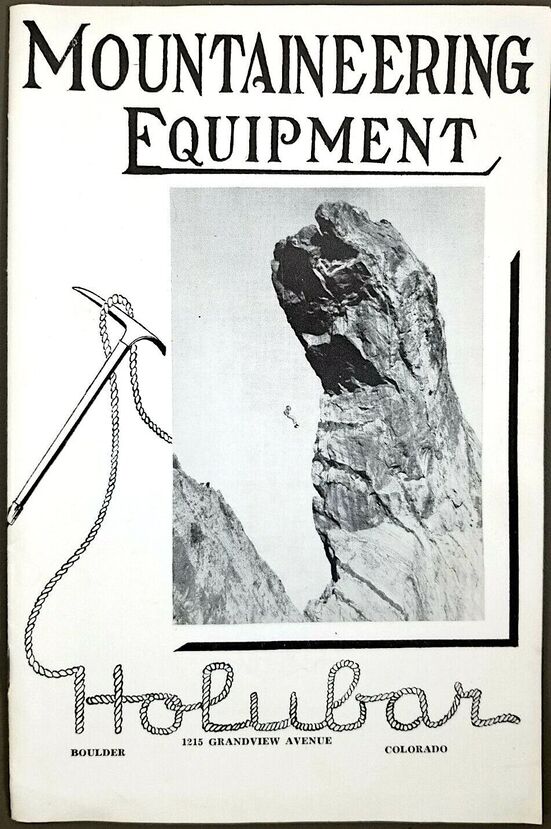 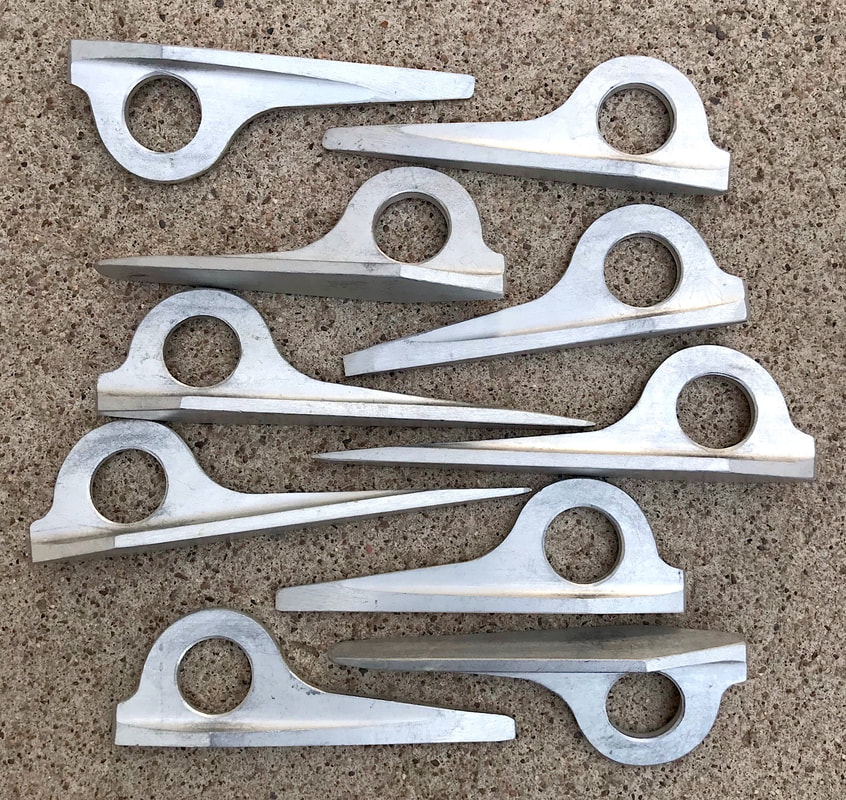