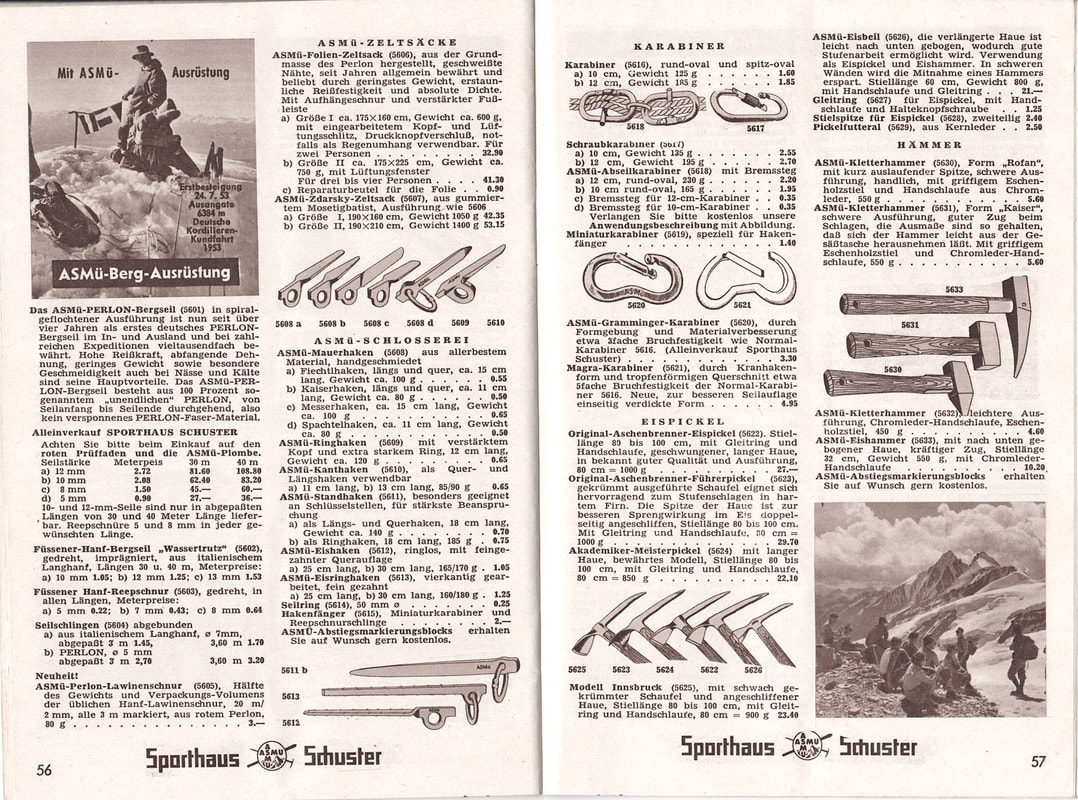 Sporthaus Schuster 1954/1955 winter catalog. Click on catalog photo to link to entire catalog shown on the Vertical Archaeology website. The 1953 and 1954/1955 catalog makes me question when the actual round ASMU manufacturers logo was first put onto the climbing gear. Looking at this catalog I wonder why the artist wrote in single letters "ASMU" on the pitons. All of the items are ASMU so what is the need then to add the ASMU letters onto the drawings, unless that was the actual ASMU logo stamp previous to the round ASMU manufacturer logo stamp being created. I say this because I was able to obtain a set of ASMU crampons that have only the letters "ASMU" on them just like this catalog shows. If anybody has any ASMU pitons with just the letters ASMU on them without the round manufacturers logo on them, that will prove my theory correct. Please share! This catalog shows the full set pitons which were only available in one size, except for the "bugaboo" style piton shown as #5610 which was available in two sizes. The three ice pitons shown were each available in two sizes.
The catalog shows that the vertical piton #U 8613 b was only available in 12cm long.
Pointed vertical pitons shown as #U 8613 b - other sizes made but not mentioned in the Sporthaus Schuster catalog, These pitons may be from the 1940s, or early 1950s. 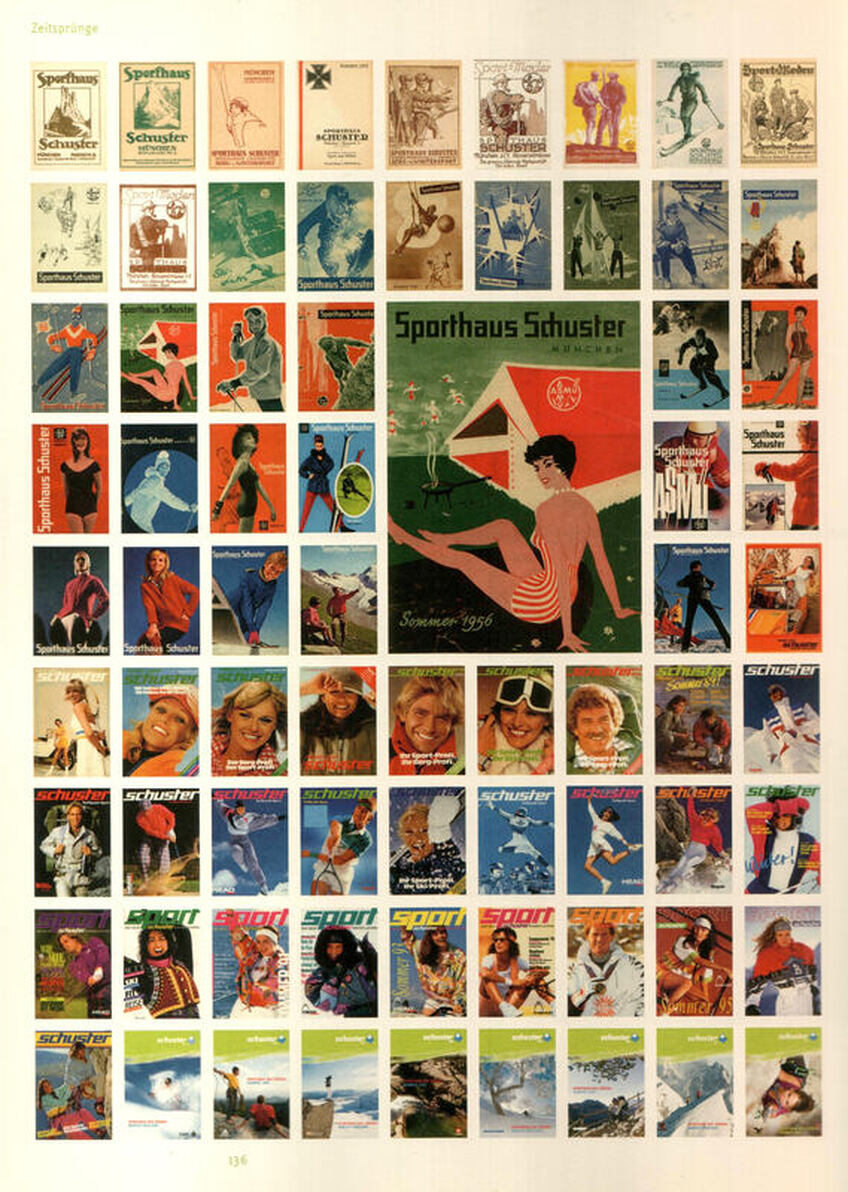